Make plans for your own local National Moth Week event!!!
Posted February 1, 2012
What’s That Bug? will be working the the Mt Washington Beautification Committee to sponsor a National Moth Week event, albeit a few days early to accommodate the busy schedules of the folks involved.  Retired lepidopterist from the Natural History Museum of Los Angeles County, Julian Donahue, will be leading the event on the evening of July 21, 2012 in Elyria Canyon Park.  Julian plans to use a black light to attract moths that can be identified, counted and released.  Julian will also provide insight into the life cycles of those moths and how they fit into the ecological environments of the native Black Walnut woodland and coastal sage ecosystems found in Elyria Canyon Park.  Join us for a fun evening. 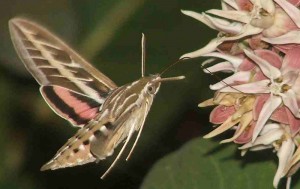 Hi Daniel…it has been a long time, so I hope all is well on your end. I visit WTB often and the site remains incredible! I sent an email to you about two weeks ago, but to a different email address so I suspect it wound up somewhere in cyberland. Julian Donahue suggested I reach out via this email so hopefully it will now connect. I understand you and Julian are neighbors. Cool, two bug guys as neighbors, what are the odds?
So,  I wanted to touch base about an exciting project we are working on. It’s called National Moth Week and is basically a cool way to spotlight moths and biodiversity. Hopefully it will bring a lot of people together with similar interests and turn on a lot of people to moths! We have a website up and running, though it needs work (like an interactive map, photos etc.) but its a start and is now being modified regularly to increase content and locations. Its at www.nationalmothweek.org We’ve got a cool logo too. BugGuide, Discover Life, BAMONA and Moth Photographers Group are on board and Dave Wagner and John Himmelman have also lent their support and will likely run or coordinate events. There has been unanimous positive feedback about holding a National Moth Week next year from everyone we’ve reached out to. We are also talking to LepSoc, AES, ESA, and others about being partners. The more we can spread the word about moths and biodiversity, the better!
…
We’d love to have WTB as a collaborator and link it to the website and Facebook and vice versa and have help promoting this . I think all of us together can do something fun and incredible to bring attention to moths and more broadly biodiversity. I think these events and National Moth Week might just be the perfect venue for raising environmental awareness across the country.
Look forward to hearing from you about this and hopefully WTB as a partner,  Dave
David Moskowitz