On December 23, 2012 · Category: Uncategorized Tagged With: WTB? Down Under · Add Comment 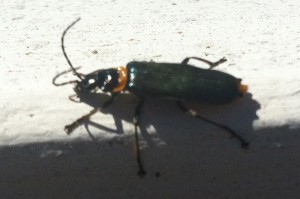 Dear Mark,
Despite its offputting common name, the Plague Soldier Beetle is not an insect pest, though they can be a nuisance if they are plentiful.  You can get additional information on the Brisbane Insect Website.

Crayfish or Termite? You Decide

Regal Jewel Beetle from Australia
Tagged with → WTB? Down Under
Location: Australia