Subject: Sudden bug problem
Location: New York City
December 19, 2012 1:56 pm
Dear Bugman,
Today, I noticed several bugs dead or dying on the floor near the windows (which were closed – it’s winter, and I live in New York City – apt on the 6th floor of a high rise). I’ve never seen these bugs before – when I started looking around, I found a bunch more (altogether, nearly 30), all on the floor or baseboards, almost all looked like they were dying. A handful were already dead. Only two seemed to be moving normally. I have no idea where they came from, why they appeared suddenly, or why they were dying. Their bodies are about 0.5cm long and 0.25cm wide. We put a Christmas tree in this room, but it’s been here for nearly two weeks with no sign of the bugs; we don’t keep any food in this area, it’s just a small sitting room (picture included). Any info you can provide on what these are and how we can keep them away would be MUCH appreciated – thank you so much for your help!!
Signature: Mari in Manhattan 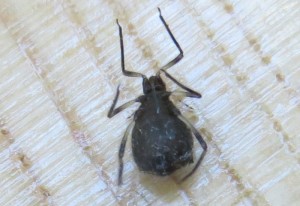 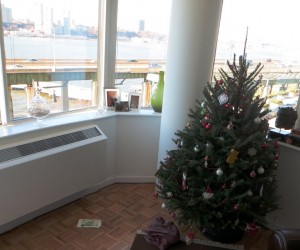