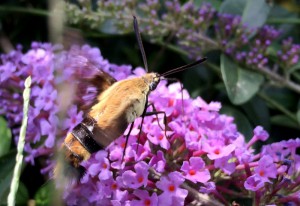 Hola Lance,
This diurnal Sphinx Moth owes its common name to its likeness to a totally different winged phylum.  The Hummingbird Clearwing can be distinguished from its genus members by its light legs and white underbelly.  This image from BugGuide illustrates those traits.  A faster shutter speed like 2000 should freeze its rapidly beating wings.  The flights of the Hummingbird Sphinx and its namesake are remarkably similar. 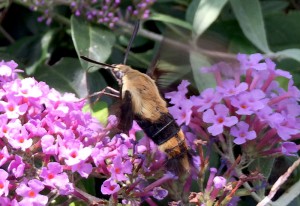