Spider
I live in the desert, and I found a spider by the name Golden Huntsmen. I was told it was not deadly, but it was really ugly. Could you please give me some info about it.
James 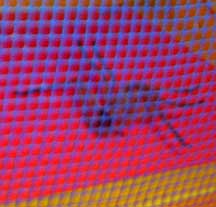 Hi James,
The Golden Huntsman Spider is Olios fasciculatus, one of the Giant Crab Spiders of the Family Sparassidae. They are, as you know, large spiders named for their crablike legs. They are mostly tropical but found in Florida and the Southwest as well. The Golden Huntsman Spider does not build a web, but wanders in slow search of prey. The female carries her egg sac in her jaws until the spiderlings emerge. It is found in shady woodlands and thickets from New Mexico and Utah west to California.