Subject: sphinx moth
Location: NW Wyoming
July 6, 2014 9:33 pm
Dear bugman, I took this photo back in 2007 and have always called this moth a sphinx moth. Recently I’ve come to realize that spinx moth encompasses a very large number of varieties. Is this a sphinx moth and if so, what variety?
Signature: Jeff 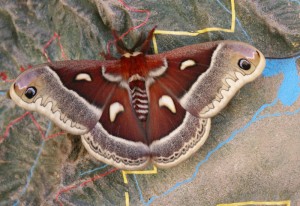 Dear Jeff,
This is not a Sphinx Moth, but rather a Giant Silkmoth in the family Sphingidae, more specifically a Glover’s Silkmoth, Hyalophora columbia gloveri, which is a subspecies of the Columbia Silkmoth.  You can verify our identification on BugGuide.  The feathery antennae indicate that this is a male who uses his sensitive antennae to search for a mate by following the pheromones she releases. 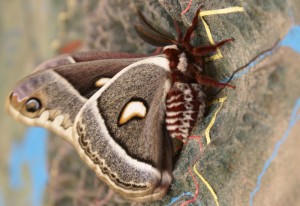