Black bug in my pantry
Location: Gilbert, AZ
December 4, 2010 4:42 pm
We found these little black bugs in our pantry. They appeared to have eaten rice in a box of uncle ben’s wild rice and it apparently was deadly, because most of them were dead. We live in Gilbert AZ, which is just SE of Phoenix. Thanks.
Signature: Pete 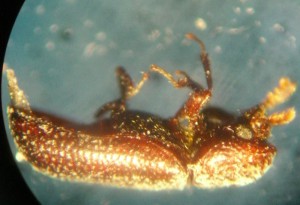 Dear Pete,
There are numerous small and unrelated beetles that will infest stored foods in the Pantry, and we unscientifically categorize them as Pantry Beetles.  Some are quite difficult to tell apart.  We believe this is a Drugstore Beetle, Stegobium paniceum, which you may read about on BugGuide. 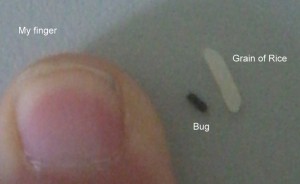