Hi,
We live on the outskirts of Prescott, Arizona, in the forest, and at a slightly higher elevation than the town itself (around 6000 feet high). Anyway, my son found this caterpillar, and we were wondering what it is. I am providing you with two views, hopefully it will be helpful. Thanks!
Lynne LaMaster 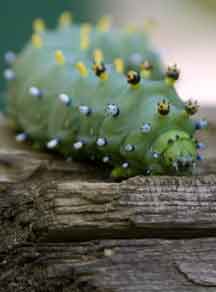 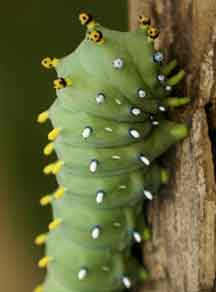 Hi Lynne,
Our first inclination would be that this was a Cecropia Moth Caterpillar, but you are west of the typical range. A western species in the same genus is the Ceanothus Silkmoth, Hyalophora euryalus. We searched online for a photo of the caterpillar, and found a site that substantiates our suspicions.

Columbia Silk Moth
(04/23/2007) Glover Silkmoth
While visiting your website, I came across one of the caterpillars you identified as Ceanothus Silkmoth. I thought the photo resembled the Glover Silkmoth, are they the same? I live in southern Arizona. I found a glover silkmoth and then began to raise them last year. Here are some photos of the Glover Silkmoths that I raised, one as a caterpillar and one of a male that recently hatched.
Amy 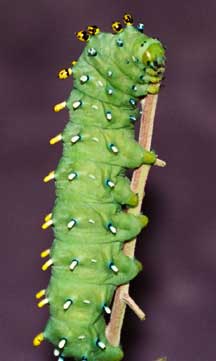 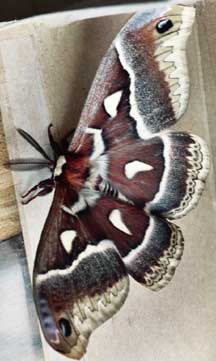 Habitat for a Polyphemus Caterpillar