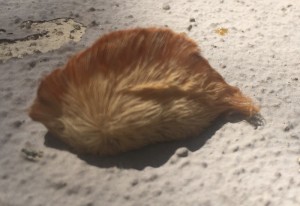 Dear Craig,
At first we thought this was an Asp, the stinging caterpillar of a Southern Flannel Moth, Megalopyge opercularis, however that species is found in the south from Texas eastward, according to BugGuide.  We also learned on BugGuide that there are two related and similar looking species found in Arizona, and we are confident your caterpillar belongs to either Megalopyge bissesa or Megalopyge lapena, and though neither has a common name, and since we suspect that their respective caterpillars are also capable of stinging, we believe Asp is also an appropriate common name for their caterpillars.  Of Megalopyge bissesa, BugGuide notes:  “The known larval hosts include Quercus oblongifolia (Mexican blue oak) and Arctostaphylos sp. (manzanita).” 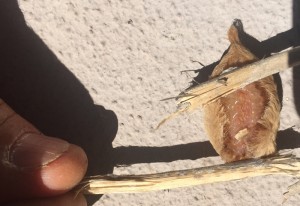 3 Responses to Asp found in Arizona!!!