Subject: What’s this giant bug? A beetle?
Location: Knoxville, TN
June 27, 2013 5:04 pm
Please tell me what this giant beetle is. He has a hairy underside and is a little green. He was found near a furnace in the basement in Knoxville, TN today (6/27).
Signature: SKA 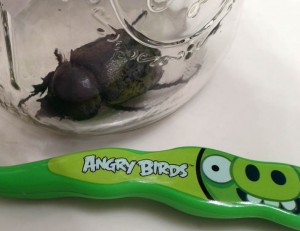 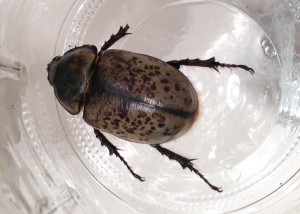 Wow! That is it…thanks! She was released in the woods last night as a matter of fact! I have never seen one that size before…and to think it had somehow made its way inside is frightening! I just don’t know how she could have come inside undetected!
Thanks again!
– Kirk

Stag Beetle and Grapevine Beetle by a Structuralist Insect Photographer