Aggressive bug
Location:  Vancouver, canada
October 3, 2010 8:48 pm
I recently found a bug I’ve never seen before. It held it’s tail like a scorpion does, and it was very aggressive. It is an inch long with large mandibles.
I will include a photo
Signature:  crazy bug 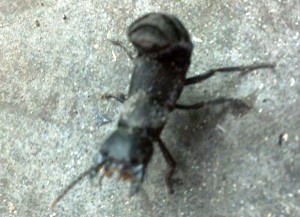 One Response to Devil's Coach Horse from Canada