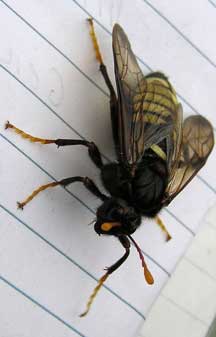 Hi Bill,
This is actually a Cimbicid Sawfly. It is probably in the genus Cimbex. Sawflies are related to wasps, but they do not sting.