my oh my can you help me?
about 2 months ago I started to notice the paint in the restroom area of my 750 sq ft apt. just small areas seemed maybe too much moisture. along with tiny bubbling. Well one month ago today I after being somewhat itchy off and on for 2 weeks awoke with over 50 lesion like blisterous wounds that appeared to have borer traits. this began on my back and the backside of my thighs and armpit area. at first I thought the common insects of home pest however after a lot of quarreling with property management and their continuous refusal to exterminate I began infestation eradication myself. What I have found is that my apt is now unlivable walls are bubbled (paint) every square inch my couch ,kitchen cabinets, my bed, even makeup and jewelry as well as my skin are home to what? The health dept environmental serve. said they found nothing but look at these pic and please tell me I am imagining that I am homeless, possesionless and scarless or identify this so I can prepare my traumatized head for infectious disease lockdown. I can also tell you it is contagious as my neighbors buddy now has problem along with all residents in our building. please help me. my truck leather seats and even down to my shoe soles are damaged permethrins did not work in removeal even large doses.
there will be another email of pics thank you please hurry with help. 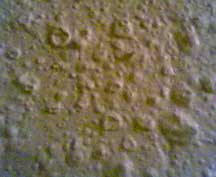 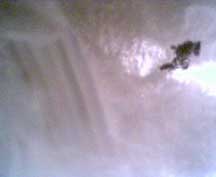 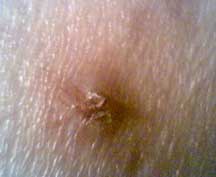 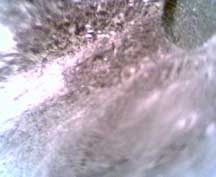 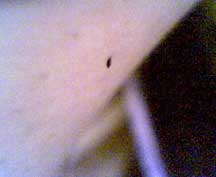 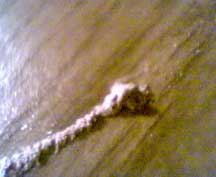 my oh my help! here are some more pics thank you please keep name anonymous however city phoenix state arizona can be public. 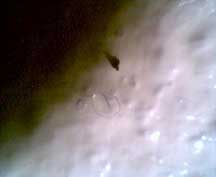 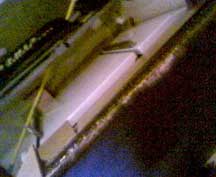 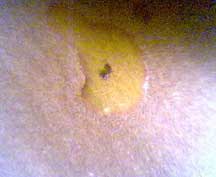 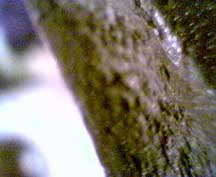 Dear Anonymous in Phoenix Arizona,
There is definitely a problem here, but we don’t feel qualified to diagnosis it. I would strongly suggest a trip to the dermatologist as a start.

HELP FOR DELUSORY PARASITOSIS
Ekbom Syndrome
October 21, 2009
Here at the University of Georgia we are conducting a research project on Ekbom Syndrome (the clinical name for delusory parasitosis). We know responding to these individuals can take a lot of your time, so please feel free to refer them to us at 706-542-9033 or [email protected]
Dr. Nancy C. Hinkle
[email protected]
http://arjournals.annualreviews.org/doi/abs/10.1146/annurev.ento.54.110807.090514

60 Responses to Real? or Delusory Parasitosis?